Einstein said, “Everything is energy and that’s all there is to it. Both our bodies and healing stones and crystals have energetic vibrations, which makes us naturally receptive to the vibrations of gemstones.  They can align our own vibrations with theirs bringing us the healing benefits.

The philosophy of modern crystal and gemstone healing is based on traditional concepts borrowed from Asian cultures, most notably the Chinese concept of life-energy (chi or qi) and the Hindu or Buddhist concept of chakras, which are vortices of this life-energy, said to connect the physical and supernatural elements of the body. This is why healing crystals and gemstones have a powerful vibratory effect when placed directly on your body. This energy surges from the crystal or stone to you, which facilitates the free flow of energy throughout the body

Gemstones and crystals have been used by many cultures for healing for thousands of years.  Ancient Egyptians are referenced as some of the first people to have adorned themselves with crystals, some of which included lapis lazuli, carnelian and turquoise, said to ward off illness and negative energy.

Crystals can conduct energy. In crystals, electrical current is due to the motion of both ions and electrons. Ions move by hopping occasionally from site to site; all solids can conduct electricity in this manner. The electricity conducted by this process is quite small and is usually negligible compared with that carried by the electrons

Did you know that crystals are used in computers, watches and more?  Quartz is a type of crystal used in watches, computers, and other devices to keep time. The quartz crystal vibrates or ticks an exact 60 seconds per minute when electricity is applied to it.

Did you know that quartz can hold data? Researchers at the University of Southampton’s Optoelectronics Research Centre have managed to record and retrieve five dimensional digital data using a quartz crystal, with each disc able to hold up to 360 terabytes of data – that’s the equivalent of 22,500 basic iPhones.

When heated stones such as jade and tourmaline create special benefits. Once heated they emit infrared heat.  Infrared heat goes deep into the soft tissues where the healing takes place.  These heated crystals create far infrared heat that penetrates 3-8 inches into the body. The heat increases the blood circulation which will get the body into a healing mode.

The infrared heat vitalizes the biological function of our cells and helps them to increase circulation, relieve neuralgia, backache, arthritis pain, and eliminate toxins from our blood. It also helps to improve microcirculation and metabolism. This relief of joint pain has been associated with helping arthritis, muscle spasms, minor strains and improved relaxation.

FIR is powerful, but healing mats incorporating semi-precious gemstones such as jade, amethyst, and tourmaline are even more powerful.  The gemstones naturally emit far infrared and negative ions. Once they are heated, the gemstones become activated, and deliver benefits at a greater level.

The benefits of FIR and jade can boost your immune system through mild heating. This raises the number of white blood cells and killer t-cells in your blood. What’s more, these are also a promising method of healing – reducing muscle soreness, muscle spasms, and relief for rheumatoid arthritis.

In 2009, Clinical Rheumatology reported that infrared sauna treatment shows short-term improvement of stiffness and pain in patients with rheumatoid arthritis and ankylosing spondylitis (1).

Far infrared radiation therapy is beneficial to nerve function, according to a 2015 study published in the journal Evidence-based Complementary and Alternative Medicine.

The results suggest that FIR treatment is effective, noninvasive, and beneficial in terms of increasing nerve regeneration and improving motor function.

Moreover, the study’s findings confirm that far infrared can be used as a novel treatment for various peripheral nerve diseases and injuries (2).

Helps Treat Some Types of Cancer

The healing properties of FIR are capable of inhibiting the proliferation of certain cancer cells.

This occurs because FIR rays cause a change in body temperature, which is reported to cause different inhibiting effects to five human cancer cell lines, including tongue, lung, breast, vulva, and gingiva.

These findings suggested that FIR should be very effective in treating some cancer cells, according to Medical Oncology in London (3).

Thanks to their capacity to raise the pain threshold, far-infrared treatments can contribute to overall well-being, thereby treating diabetes symptoms naturally.

In 2010, the Journal of Alternative and Complementary Medicine published a study in which patients were given a 20-minute treatment, three times a week, over a period of three months. According to the results, the patients experienced significant improvements observed in less fatigue, lower stress, overall health, and better social functioning (4).

There is limited moderated evidence in favor of FIR’s ability to normalize blood pressure (5). Still, a group of medical researchers from Germany suggests that a one-hour session of FIR therapy can substantially decrease blood pressure levels, as a result of a constant dilation of peripheral blood vessels. What’s more, they also report that blood viscosity will improve.

“After being exposed to FIR for one hour, you will experience a significant decrease in blood pressure, cardiac ejection resistance, and total peripheral resistance,” the German scientists say.

As a result, you will experience a significant increase in heart rate, stroke volume, cardiac output, and ejection fraction.

More research is needed to demonstrate the effectiveness of these benefits.

In comparison to conventional heat or steam saunas, the healing properties of jade stones are thought to be seven times more effective in the body’s detoxification from heavy metals (such as aluminum and mercury), alcohol, cholesterol, nicotine, sulfuric acid, ammonia, and other environmental toxins (6).

As bio toxins cannot be expelled instantly, they are stored in the body, thereby causing various illnesses. When metal toxins (such as chlorine, mercury, and lead) and toxic gases (such as sulfur dioxide and carbon dioxide) reach large molecules of water, they are encapsulated by clusters of these water molecules, and trapped in the body.

The accumulation of these toxins is harmful to your body because they block blood flow and impair cellular energy.

However, when you apply an FIR wave of 7 to 14 microns to these large molecules of water, the water starts to vibrate. This weakens the ionic bonds of the atoms that hold the water molecules together. By evaporating, the water no longer encapsulates the toxins and gases, and they can be released.

The evidence remains limited, and further research is required.

Jade stones are thought to be associated with the heart chakra. Jade is believed to be useful to treat stress, anxiety and disorders of blood circulation.  Jade is reputed to open one’s heart to love when worn in jewelry. The healing properties of Jade as applied to the physical body include supporting the kidneys and the urinary and renal systems in particular. Jade stone benefits extend throughout the renal system, helping the body to expel stones in the kidneys and spleen and recover afterwards. Kidney and bladder infections including cystitis are helped by jade.

It is sometimes referred to as the “spleen stone” because of its reputed benefits to this organ.  Jade is a good recovery stone and can speed up the convalescent process after a period of prolonged illness or surgery. It supports the joints, especially the hips, and is a good strengthener for the skeletal system in general.

Jade supports the reproductive systems in both men and women and it is believed to balance hormonal levels in women of all ages.

Tourmaline gemstones are known to aid in relieving stress, increase mental alertness, improve circulation and strengthen the immune system. It is a powerful agent for reducing toxin-related ailments. It is reported that tourmaline helps with detoxification, supports fat loss, reduces water retention, improves circulation, supports the liver and kidney, and helps eliminate toxic metals. It is also reported to help promote a healthy mood. If that list were not filled with impressive benefits, it is said to also help with calming the mind when too much negativity is in the air. Helping to calm the racing monkey mind. Some additional reported healing benefits of the tourmaline stone are that it attracts inspiration, compassion, tolerance and prosperity.

When you blend the amazing list of the healing stone benefits of jade, tourmaline and infrared you have a super combination.  At the Health Studio you can experience all of that and more with our therapy stone pad.  It combines both the jade and tourmaline and the healing effects of infrared to warm and relax the body and mind.  The pad also has the added benefit of PEMF, (pulsating electromagnetic frequency) in the system.  We have a separate article on PEMF if you want to learn more about this beneficial feature.  The healing stone pad is located in our serene HOPE room, which includes several other great healing modalities that can be included in your session.  If you want to experience the relaxing benefits of the warmed healing stones schedule your session today.  You will leave feeling relaxed, tranquil and calm. 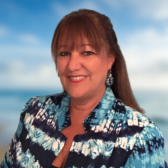 View all posts by Healthstudio2 »

Find Your Topic Of Interest

Below is a quick link area where you can find a recent post in the topic you’re interested in quickly and easily.  Simply click the title to lead you to the article and topic you wish to learn more about. 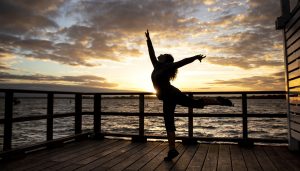